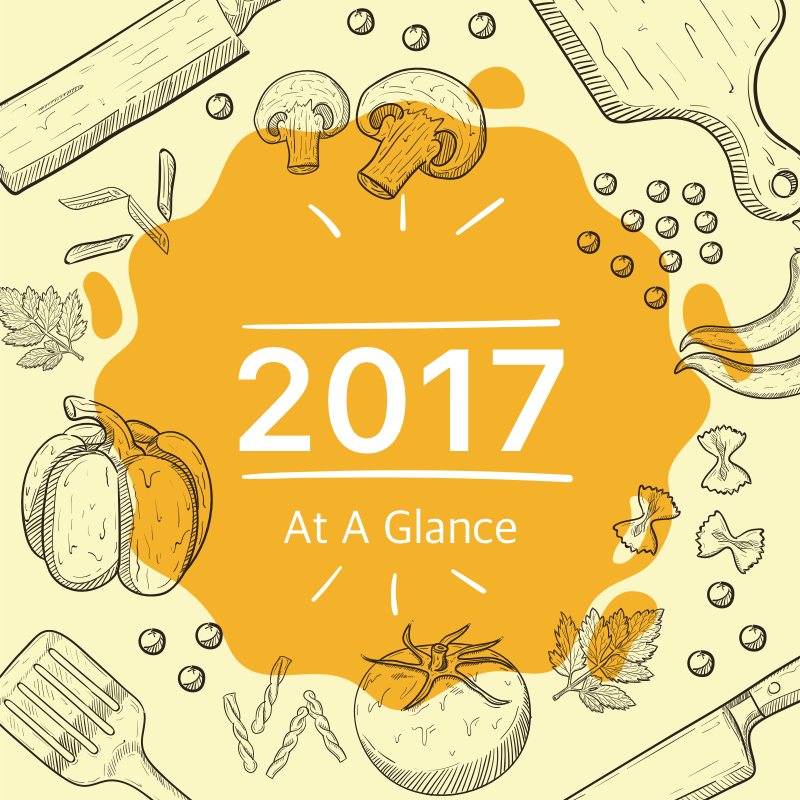 Exploring different cuisines and cooking in different ways have been the main theme for my year of 2017.

I’ve tried different kinds of meal plans which are Blue Apron, Peapod and Home Chef. It’s fair to say that Home Chef is my favorite considering I tried to cook more than 60 recipes from Blue Apron, more than 20 recipes from Home Chef, only 1 recipe from Peapod. I wish that I could try more recipes from Peapod, but it is just not as appealing as the options. It has a long way to go to get to point that the presentation is good enough to courage consumers to take actions. As for Blue Apron, I really like the recipes they provided, and I’m usually getting good result and learning different kind of produce, spices which I would never consider using. However, their warehouse is just too far away from Chicago, and it is making the produce are not fresh enough when they are delivered. Home Chef is an Illinois based small company, but their recipes are as good as Blue Apron’s, the food they delivered is always fresh and well packaged. I had lots of good meals, and lots of fun making the meal.

I’ve also joined a community coop called Chicago Market. It is a member owned grocery store which is featuring local, sustainably farmed, organic produce, meat and dairy products. It is still in planning stage, but I am very looking forward to take part in a store like that. Learning where my food come from and how they grow is one of the most exciting things I always want to learn. Frankly speaking, I still don’t know the names of some groceries. Looking back, I notice that the variety of food I tried has been tremendously increased. I learnt that people grow wild rice here in North America while people in China only eats wild rice stem. I also learnt that people are afraid of sea cucumber while people in China treat sea cucumber as one of the delicacies. There are so many interesting things to compare with my past experiences.

Besides buying a ton of cookware, and cooking a lot at home, I also started to thinking about food globally. Is the world still in hunger, or is it just an distribution issue? Earlier last year, I read that there are some start-up was focusing on get the donated food delivered to the people who are in need. And I’ve been trying Imperfect Produce since they opened in Chicago last year. Imperfect Produce delivers groceries which are rejected by large grocery store because of cosmetics issues. I actually prefer to have smaller size of vegetables and fruits. The look for an apple doesn’t need to be perfect, and I usually find the ugly ones are more delicious according to my past experience. It feels great that I can reduce the food waste in my daily life. Now thinking about the food distribution issue in China, it shared some similarities. Too often, one farmer in one village made good income the year before with one kind of fruit, the next year everyone in that village is growing the same kind of fruit. By doing this, the farmers won’t be able to sell them all.

**Wasted! The Story of Food Waste **is the most memorable documentary related to food I watched last year. Highly recommend everyone to watch it and think about what we can do differently to reduce food waste. 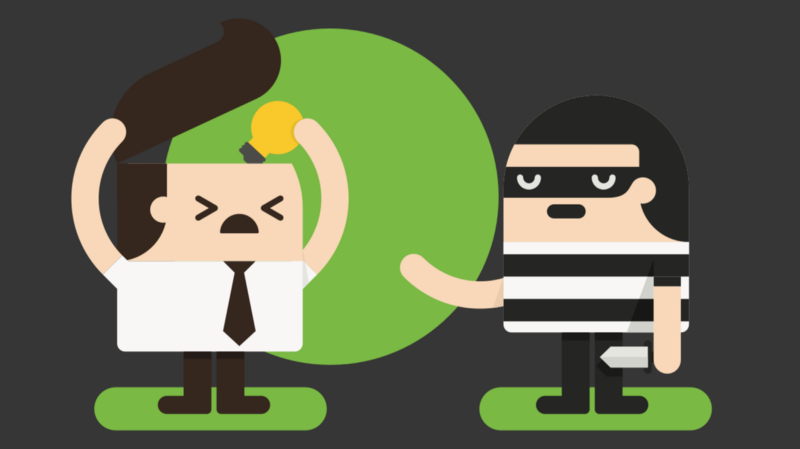 I started tech blogging for Peapod. Huge thanks to Joe! Without his proofreading, I will be embarrassed by my own words most of the time. I was planning to write monthly, but things didn’t go as planned. In 2018, I want to be able to schedule a good chunk of time only for writing and thinking about the feature we built before.

Since working in Peapod, I also started to think about what would be my most wanted feature. That’s why Peapod Hackathon **** was **** born. Thanks to Tim’s strong food support, there are a couple of fun projects working in progress including Peapod CLI, Peapod Refined Chrome Extension, Electron Peapod, Peapod Swipe and Peapod Messenger for Slack. I’m pretty sure that we have more useful tools developed next year, and I’m hoping that there will be more people take part in the progress. I’m also extremely grateful that Andy and Marlon are with me the entire time, and they are always great inspirations to me and excellent teammates to work with.

I’m also very proud that Andy and Marlon were persuaded to get Interns for our team after a short conversation one night last year, and I’m glad that I was in the process of interviewing Interns. Mentorship is very important for a senior software engineer no matter you like it or not. One of the standard for being senior is the ability to pass your own knowledge to others so that the whole team can grow. Being able to make your skill set scalable is almost more important than any other skill in a software engineer’s career.

Finally, order status is live in production. Order status is the first major front end feature I worked on since started. I’m so attached to this feature because this is a really important feature which was missing for years. In 2017, I also helped to integrate Optimizely, A/B test tool, in Peapod. It is a good start to think more about delivering the most relevant features to users. Never the less, I also helped to deliver the Buy More Save More feature which can be a good to encouraging users to buy things in bulk. Sadly Mid-tail Vendor feature is released but unused so far.

Life is short, and we’d better not waste. Are there anything I regret last year? Of course, it’s plenty. But one thing I regret most is that I still didn’t grow enough.

Most of the New Year resolutions are just dreams, but I’d love to have a better plan in 2018 to make my goals more approachable. One the most important goals I have this year is start writing both in Chinese and English so that I won’t lose the language as much as I do now.

Newsletter: Think Inside of the Box

Think inside of the box is a newsletter to help share what I’ve read and learned weekly. We all face different kinds of constraints every day when coming up with creative solutions to solve problems. I think it is perfectly fine, and want to remind myself all the time about the box we’re in.